with generous support from

This poetry event is possible through generous support from The Poetry Foundation.

As with Poetry@TECH's other Fall 2021 events, this event will be held virtually on BlueJeans. Which means, not only are our readings FREE and open to the public, as always, but you can attend them from anywhere in the world! And if last year's events were any indicator, we do mean anywhere in the world.

To attend the Poetry Reading on 18 November 2021, follow the instructions below. The reading will begin at 7 pm Eastern Time, but our (virtual) doors open at 6:45 pm Eastern Daylight Time.

Here's some more information about our wonderful partners.

Purdue hosts a highly-regarded MFA program in creative writing, with full funding and one of the best student-to-faculty ratios (3.5 to 1). With noted poets such as Donald Platt, Kaveh Akbar, and Paige Lewis in its faculty, Purdue is a significant contributor to the poetry community both in the state and around the nation, hosting the Looseleaf Writing Workshop Series, and open Poetry readings.

Founded in 1890, the University of Oklahoma is a public research university located in Norman, Oklahoma. With over 30,000 students across three campuses in Oklahoma, OU is the largest university by enrollment in the state of Oklahoma. 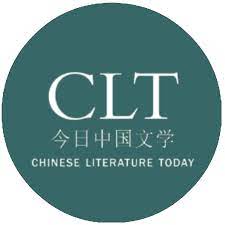 In addition to their wonderful faculty poets, OU's contribution to the poetry community includes the Institute for US-China Issues, The Mark Allen Everett Poetry Series (which this event is a part of), and the Poetry & Short Story Reference Center at the OU Libraries. This event is hosted in partnership with the Institute for US-China Issues, which seeks to enhance the understanding of US-China relations by addressing the instrumental role culture plays in shaping how the two nations perceive and engage each other.

In the poetry world, the Poetry Foundation needs no introduction. Established in 2003 as a successor to the Modern Poetry Association. The foundation supports the publication of Poetry magazine, which was founded in 1912 by Harriet Monroe and is one of the leading English-language poetry journals in the world.

Supported by a $200 million endowment from philanthropist Ruth Lilly, the Poetry Foundation supports a programs and events that bring poetry to communities around the world, including our own here in Georgia.

Their programs include poetry readings and workshops, exhibitions that bring together visual arts and the written word, the Poetry Out Loud contest, a number of poetry prizes and fellowships, as well as hosting the Poetry Foundation Library, the Midwest's only library dedicated to poetry, which boasts a collection of over 30,000 volumes of poetry. 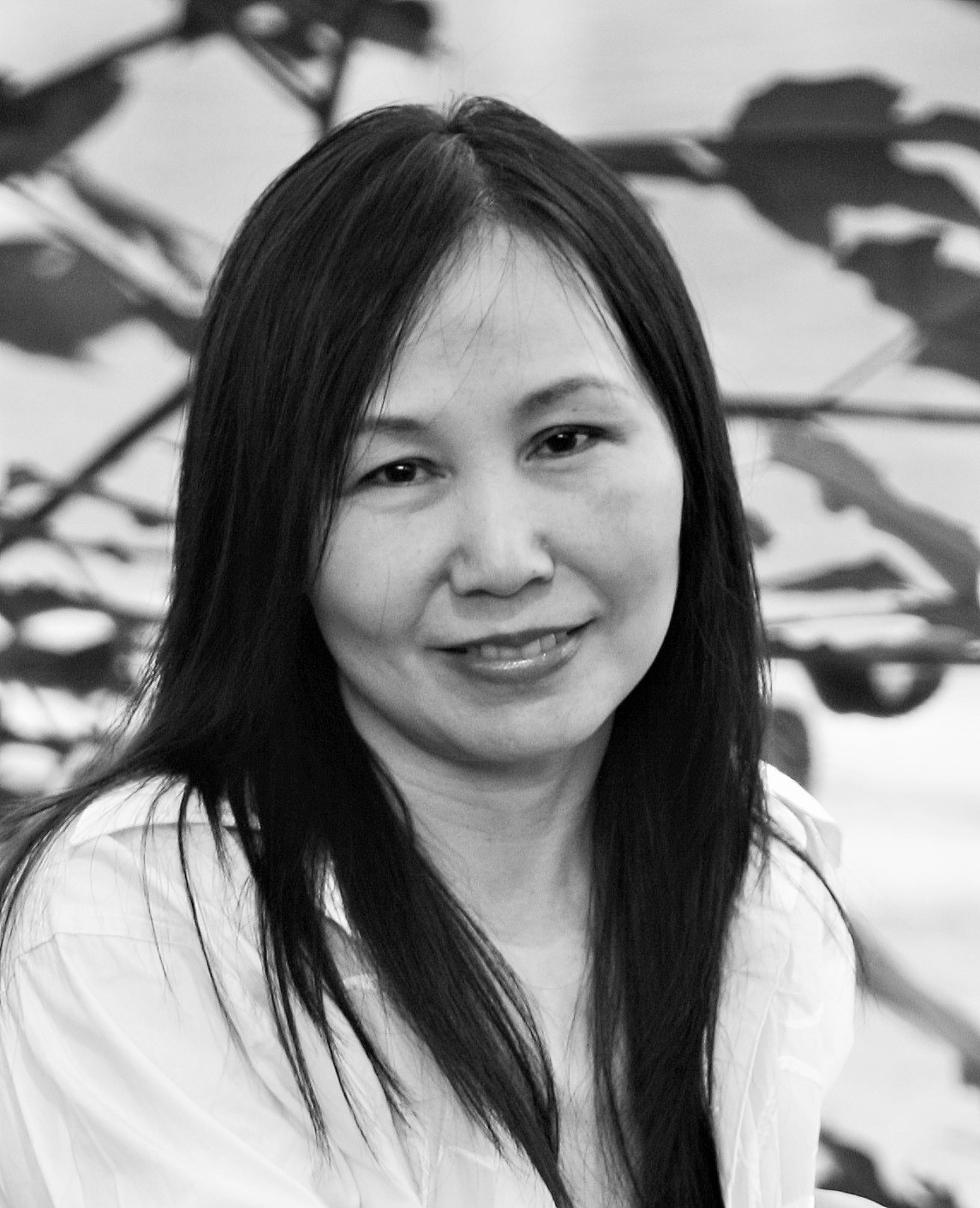 Ming Di is a Chinese poet based in the US with six books of poetry in Chinese and four in collaborative translation. Her poetry has been translated into several languages: River Merchant’s Wife (Marick Press, 2012), Luna fracturada (Valparaíso/Spain, 2014), Histoire de famille (Transignum/France, 2015), Livre de sept vies (Recours au Poème éditeurs/France, 2015), and Distracción (forthcoming in Costa Rica).

Ming Di co-founded Poetry East West journal and serves as the China editor for Poetry International Rotterdam. She has edited and co-translated New Cathay: Contemporary Chinese Poetry (Tupelo Press, 2013), The Book of Cranes (Vagabond Press, 2015, with Neil Aitken) and Empty Chairs – Poems by Liu Xia (Graywolf Press, 2015, with Jennifer Stern), which was a finalist for the Best Translated Book Award in 2016. 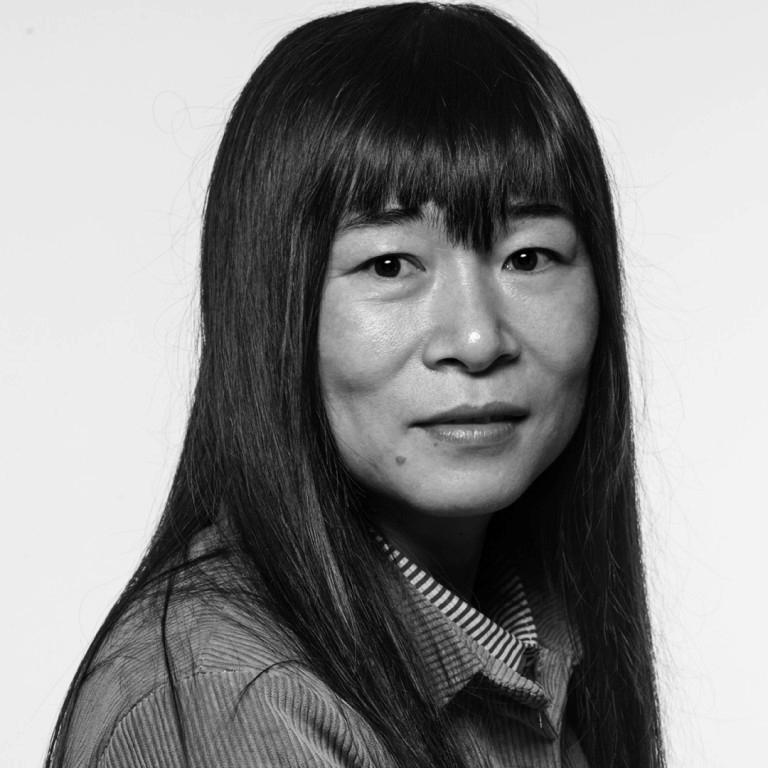 Born in 1980 in rural Nanchong, Sichuan Province, Zheng Xiaoqiong left her hometown for Dongguan, Guangdong Province in 2001 after working as a nurse in a local hospital, and became a migrant worker for seven years. It was in the factory that she started writing poems. She has published a dozen critical acclaimed poetry collections, which won prestigious literary awards.

Her poetry has been translated into many foreign languages, including English, French, German, Italian, Japanese, Malay, Russian, Spanish, and Vietnamese. She has been invited to give readings at poetry festivals in Australia, Germany, France, Japan, Russia, Singapore, and the Netherlands. Some of her poems were performed on the stage in Germany and the United States. Currently she is the Deputy Director of the literary magazine Works in Guangzhou. 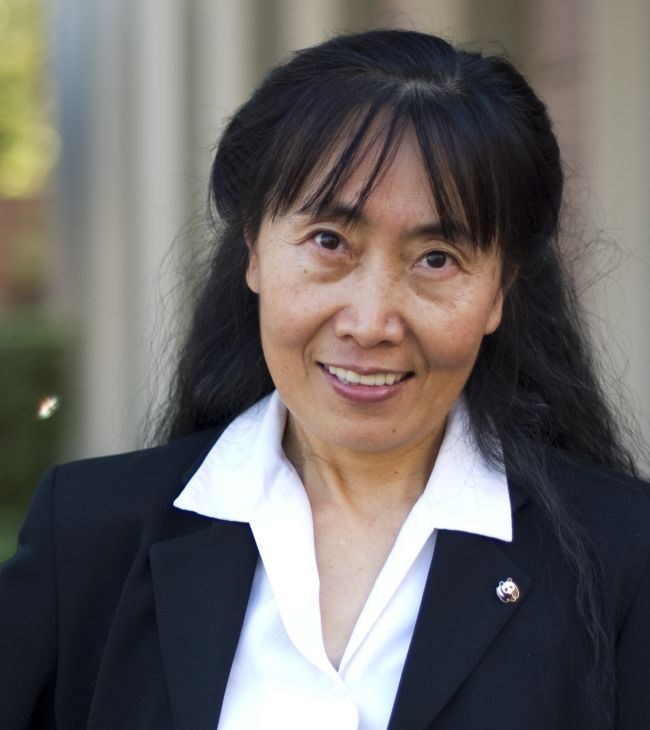 Zhou Xiaojing is Professor of English and Laurence Meredith Professor in the Humanities at the University of the Pacific. She is the author of Migrant Ecologies: Zheng Xiaoqiong’s Women Migrant Workers, a collection of eco-critical essays and translations of Zheng Xiaoqiong’s poems. Her other translations of Zheng’s poems appeared in Chinese Literature Today, World Literature Today, Verge: Studies in Global Asias, International Poetry Exchanges, The Animated Reader: Poetry of Surround Audience, and Poetry International Festival Rotterdam.

Faculty webpage at University of the Pacific

Time is like a grey iron bird fluttering against the window,
Moonlight treading on distant memories saunters into my room.
Mysterious reticent frost scatters, white seeds covering the ground
Have grown into tranquil trees, standing in the North,
Their leaves falling. I am in the South, looking into the distance, those happy times
Restored in dreams. The iron bird disappears into silence.
Those made-up faces flash past in-between the trees in the North,
Those imaginary loves of mine, each resembles
A grey iron bird, flapping its wings.

from Collected Poems by Zheng Xiaoqiong, Huacheng chuben she, 2008, 30.

(translations from the Chinese by Zhou Xiaojing)

She reaches into the lake, spoons up a greasy ball of sunset.
The old, long dam under the willows bursts
in the washer women’s bamboo baskets, silence trembles.
The mired village hoists up the winter’s
cold A scrawny birdsong digs a path
Those names and faces even lower than the horizon,
they stumble Evening muddies into evening.
The villages tightly bound by life
are as docile as livestock their heads
drooping and gnawing at the frost-like moonlight.
From the quiet lake she hauls up a hidden cry
This anguished life tumbles down like a setting sun
leaving her filled with regret…

All day I daydream, an island so quiet
in water that even the water

doesn’t know I am here. A bird rises
over a peak where I awake. Winding below

is my body, four limbs, a river. All
night my eyes open wide, dark,

like the shadow of a bird’s
eyes reflecting in water. The eyes

of the bird open in mine, dark. Above
me a bird island is singing light

and sun-filled, good morning. With my
eyes in its eyes the bird sees what I see:

my home with coconut trees and
bananas. But it longs to leave me,

dreaming its own daydreams, in midair
becoming its very own island. 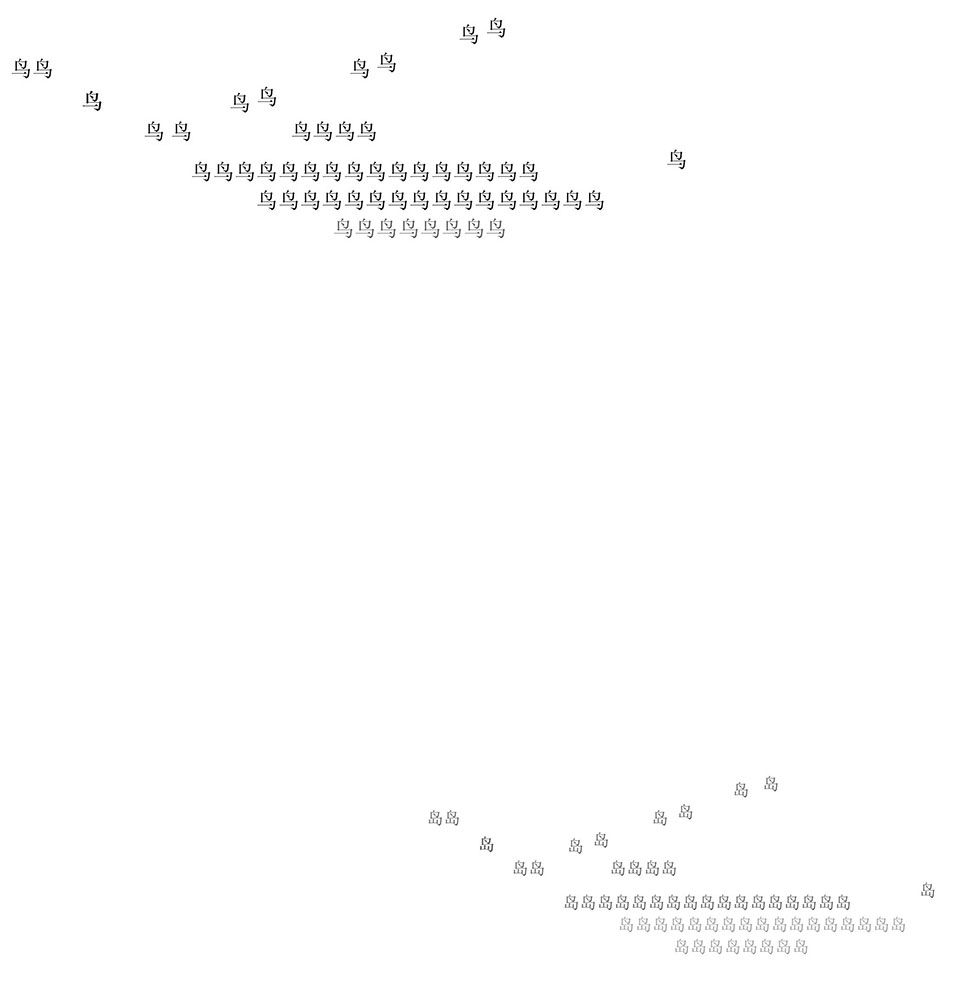 (Translation from the Chinese by Carolann Caviglia Madden with the author)

We hope you’ll get a copy (or three) of books by our wonderful featured poets. You can order at the following links: