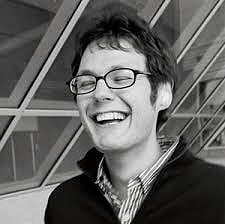 Ilya Kaminsky serves as the second Bourne Chair of Poetry at Georgia Tech, being appointed to succeed Thomas Lux to the position in 2018.

He is the author of Deaf Republic (Graywolf Press, 2019) and Dancing In Odessa (Tupelo Press, 2004) and co-editor and co-translator of many other books, including The Ecco Anthology of International Poetry (Harper Collins, 2010) and Dark Elderberry Branch: Poems of Marina Tsvetaeva (Alice James Books, 2012).

Henry Clark Bourne Jr. (1921 - 2010) was born in Tarboro, NC. He served in the Army Corps of Engineers from 1943 to 1946, before returning to MIT to earn Masters and Doctoral degrees in Electrical Engineering. He served as a professor in many top universities, including the University of California, Berkeley, Rice University, and later, Georgia Tech. He later served as the Vice President of Academic Affairs and, from 1986-1987, as the Interim President of Georgia Tech.

Henry and his wife of 56 years, Margaret Thomas Bourne (1929 - 2014) were named honorary alumni of Georgia Tech. Margaret was also born and raised in Tarboro, NC, and earned a bachelor's degree in sociology-economics from Salem College in 1952.

Margaret and Henry Bourne endowed the Bourne Chair in Poetry in 2002 to ensure that Georgia Tech students would always have an opportunity for first-rate instruction in the great poetry of the world. They considered it especially important that, in the highly specialized and technical areas of engineering, science, and management, students' aptitudes for the humanities are nurtured and supported as a foundation for life-long learning.