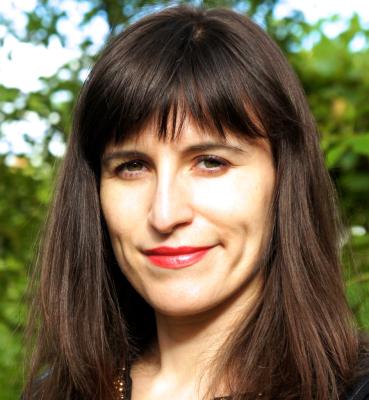 Judges Cole Swensen, Oliver de la Paz, and Maggie Smith named Oksana’s manuscript Tongue Ties a finalist for Tupelo Press’s Snowbound (2019), Berkshire (2019), and Dorset (2020) prizes, and individual poems had been nominated for the Pushcart Prize. In the Ukrainian, she is the author of poetry collections Xenia (2005) and Lovy (2008). She is a recipient of the Ihor-Bohdan Antonych (2005) and Smoloskyp (2007) prizes, two of Ukraine’s top awards for younger poets.

Oksana won first place in the 2004 Richmond Lattimore and 2014 Joseph Brodsky-Stephen Spender translation competitions and was awarded a National Endowments for the Arts Translation Fellowship in 2019. She is the co-translator of Apricots of Donbas, a collection of selected poems by Lyuba Yakimchuk, and The Voices of Babyn Yar, a book of poems by Marianna Kiyanovska, forthcoming with Lost Horse Press and Harvard Ukrainian Research Institute/Harvard University Press, respectively.

Oksana holds a PhD in philosophy from Northwestern University. Most recently, she has been named 2020-2021 Writer in Residence by the Institute for Advanced Study at the Central European University.