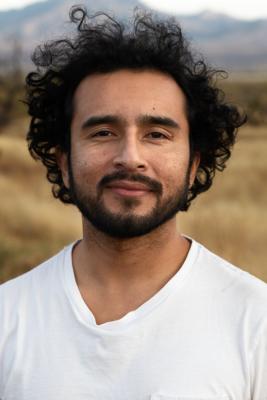 Javier Zamora was born in La Herradura, El Salvador in 1990. When he was a year old, his father fled El Salvador due to the US-funded Salvadoran Civil War (1980-1992). His mother followed her husband’s footsteps in 1995 when Javier was about to turn five. Zamora was left at the care of his grandparents who helped raise him until he migrated to the US when he was nine. His first poetry collection, Unaccompanied (Copper Canyon Press, 2017), explores some of these themes.

In his forthcoming memoir, SOLITO (Hogarth, 2022), Javier retells his nine-week odyssey across Guatemala, Mexico, and eventually through the Sonoran Desert. He travelled unaccompanied by boat, bus, and foot. After a coyote abandoned his group in Oaxaca, Javier managed to make it to Arizona with the aid of other migrants.

Zamora was a 2018-2019 Radcliffe Fellow at Harvard University and holds fellowships from CantoMundo, Colgate University (Olive B. O'Connor), MacDowell, Macondo, the National Endowment for the Arts, Poetry Foundation (Ruth Lilly), Stanford University (Stegner), and Yaddo. He is the recipient of a 2017 Lannan Literary Fellowship, the 2017 Narrative Prize, and the 2016 Barnes & Noble Writer for Writers Award for his work in the Undocupoets Campaign. Zamora’s poems appear in Granta, The Kenyon Review, Poetry, The New York Times, and elsewhere.