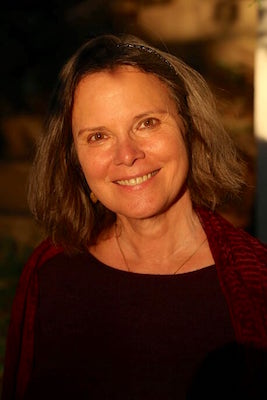 Carolyn Forché’s first volume, Gathering the Tribes, winner of the Yale Series of Younger Poets Prize, was followed by The Country Between Us, The Angel of History, and Blue Hour. She is also the author of the memoir What You Have Heard Is True (Penguin Random House, 2019), a devastating, lyrical, and visionary memoir about a young woman’s brave choice to engage with horror in order to help others. She has translated Mahmoud Darwish, Claribel Alegria, and Robert Desnos. Her famed international anthology, Against Forgetting, has been praised by Nelson Mandela as “itself a blow against tyranny, against prejudice, against injustice,” and is followed by the 2014 anthology The Poetry of Witness. In 1998 in Stockholm, she received the Edita and Ira Morris Hiroshima Foundation for Peace and Culture Award for her human rights advocacy and the preservation of memory and culture.

WHAT YOU HAVE HEARD is true. I was in his house. His wife carried
a tray of coffee and sugar. His daughter filed her nails, his son went
out for the night. There were daily papers, pet dogs, a pistol on the
cushion beside him. The moon swung bare on its black cord over
the house. On the television was a cop show. It was in English.
Broken bottles were embedded in the walls around the house to
scoop the kneecaps from a man's legs or cut his hands to lace. On
the windows there were gratings like those in liquor stores. We had
dinner, rack of lamb, good wine, a gold bell was on the table for
calling the maid. The maid brought green mangoes, salt, a type of
bread. I was asked how I enjoyed the country. There was a brief
commercial in Spanish. His wife took everything away. There was
some talk then of how difficult it had become to govern. The parrot
said hello on the terrace. The colonel told it to shut up, and pushed
himself from the table. My friend said to me with his eyes: say
nothing. The colonel returned with a sack used to bring groceries
home. He spilled many human ears on the table. They were like
dried peach halves. There is no other way to say this. He took one
of them in his hands, shook it in our faces, dropped it into a water
glass. It came alive there. I am tired of fooling around he said. As
for the rights of anyone, tell your people they can go fuck them-
selves. He swept the ears to the floor with his arm and held the last
of his wine in the air. Something for your poetry, no? he said. Some
of the ears on the floor caught this scrap of his voice. Some of the
ears on the floor were pressed to the ground.
May 1978

(from The Country Between Us)