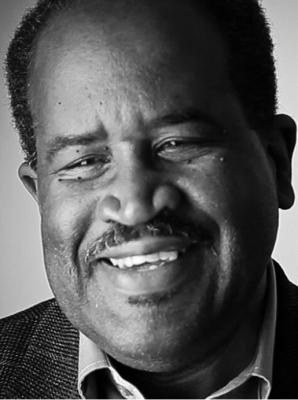 Afaa Michael Weaver is a native of Baltimore, Maryland, where in 1951, he was born to working class parents from Virginia. His parents moved to Baltimore during WWII. His father became a steelworker, and his mother a part-time beautician. After two years at the University of Maryland, Afaa spent fifteen years as a factory worker, a time that was his literary apprenticeship, as he began writing and publishing as a poet. In early 1985, he received an NEA fellowship for poetry and left factory life. His first book, Water Song, was also published that spring.

Afaa has taught at New York University, City University of New York, Seton Hall Law School, Rutgers University, and is retiring from Simmons College, where he held the Alumnae Endowed Chair for twenty years. He is currently a member of the core faculty in Drew University's MFA in Poetry and Translation. To date, he has published fifteen collections of poetry and had two professional theater productions.

His project remains that of articulating inner and outer structures of working class culture. In Water Song, he took on the immediate subject of his positioning as a worker poet in Industrial America. He has gradually sculpted geodesic connections between the network of seeming polarities in his life through the frame of his engagement with Chinese culture. Beginning in his twenties as a practitioner of the art of Taijiquan and a student of the Daoist philosophies and spiritual practices embedded in the art, he has worked at these assemblages, at times blending history, music and visual art. In Timber and Prayer, the writing partly involves ekphrastic poems about the work of Jacob Lawrence, while other poems respond to the work of Duke Ellington and other jazz musicians. Stations in a Dream is devoted entirely to the work of Marc Chagall.

As a Fulbright scholar, Afaa has taught in Taiwan, and at the age of fifty, he began studying Mandarin formally. The recipient of four Pushcart prizes, and a Kingsley Tufts Award, His newest book, Spirit Boxing, revisits his time as a worker poet in Baltimore with a renewed application of the frame of his Chinese spiritualism applied to his quest to bring a realization of wholeness to his life and his rootedness in America’s working class sensibilities.