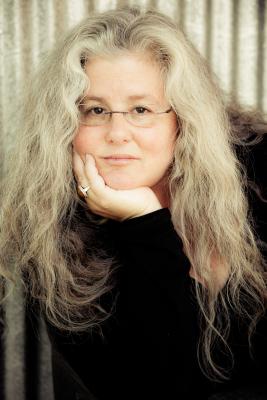 Dana Levin’s most recent collection of poetry is Now Do You Know Where You Are (Copper Canyon, 2022), a New York Times Editor’s Choice. Publisher’s Weekly, in a starred review, praised the book as “luminous.” Her other books include Banana Palace (Copper Canyon Press, 2016), Sky Burial (Copper Canyon, 2011), which the New Yorker called “utterly her own and utterly riveting.” and Wedding Day (Copper Canyon, 2005). Her first book, In the Surgical Theatre, was chosen by Louise Glück for the 1999 American Poetry Review/Honickman First Book Prize and went on to receive numerous honors, including the 2003 PEN/Osterweil Award.

Levin’s poetry and essays have appeared in many anthologies and magazines, including Best American Poetry 2015, The New York Times, Los Angeles Review of Books, Boston Review, The American Poetry Review, Poetry, and The Paris Review. Her fellowships and awards include those from the National Endowment for the Arts, PEN, the Witter Bynner Foundation and the Library of Congress, as well as the Rona Jaffe, Whiting and Guggenheim Foundations.

A teacher of poetry for over twenty years, Levin has served as the Russo Endowed Chair in Creative Writing at the University of New Mexico (2009–2011), as well as Faculty and Chair of the Creative Writing and Literature Department at College of Santa Fe (1998–2009) and Santa Fe University of Art and Design (2011–2015). She currently serves as Distinguished Writer in Residence at Maryville University in St. Louis.

Trains, hands, note on a thread,
Poland’s dish of salt.

They said, The orphanlands
of America
promise you a father—

The ship’s sorrows, broken daughter,
the ocean’s dark, dug out.

Rain, stars, sewage in the spill,
hush the river.

In your black boat, broken snake,
you hid. You sailed

for the meritlands of America,
dumped your name in the black
water—

In the village they pushed the Rabbi
to the wall—someone
blessed the hunter.

One says No and the other
says nothing at all—

Chicago, I will live in your museums
where Europe is a picture on the wall.

I concealed my island,
my little star.

In my black boat I hid.
I hid in pictures on the wall.

I said, I am here in America,
your hero, your confusion,

your disappointment after all.
They said,

How did you end up so bad
in a country this good and tall.